Owl’s Brew Lands $4M in Series A Round

May 18, 2017 – Owl’s Brew, makers of tea-based cocktail mixers and a tea-and-beer Radler line, announced Thursday it has closed a $4 million series A funding round. The round included large investments from investment firm Cambridge Companies SPG and Anheuser-Busch InBev’s “disruptive growth organization,” ZX Ventures.

Speaking to BevNET, Owl’s Brew co-founder and CEO Jennie Ripps said the capital infusion would go toward funding the expansion of the brand’s Radler line. The products — which are made with premium light beer, fresh-brewed organic tea and infused with real fruits and botanicals — launched in October but began a stronger East Coast rollout in Q1.

The funding will enable Owl’s Brew to support its wholesalers and distributors as the brand moves into new markets, Ripps added. As part of ZX’s investment, a representative of the group will join Owl’s Brew’s board of directors. 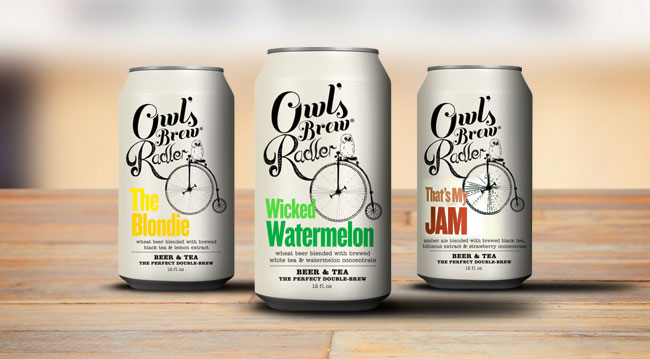 The Radler is currently available in 14 East Coast states and sold in roughly 1,500 stores, including Whole Foods, Wegman’s, Shaw’s, Shop-Rite, and Total Wine. The Radlers will expand into PriceChopper in June.

“We’re pleased to be part of such an innovative organization,” Filipp Chebotarev, COO and Partner at Cambridge Companies SPG, said in a press release. “Jennie Ripps and [president] Maria Littlefield are incredible founders with a proven ability to bring ideas to mass market. Cambridge Companies SPG is proud to be part of this fast growing brand which has established impressive category velocity, widespread distribution and strategic partnerships across North America.”

Owl’s Brew also landed an on-premise arrangement with concert and events giant Live Nation to sell the Radler line at 21 of its amphitheatre venues in the markets where the brand has distribution, including the Xfinity Centers in Massachusetts and Connecticut, the Ford Amphitheater in New York, and the Verizon Amphitheater in Georgia. Live Nation venues nationwide attract more than 30 million people annually, Ripps said, and the new funding will also be used to help promote the Live Nation partnership.

According to Ripps, Owl’s Brew met with Live Nation executives during the 2016 National Restaurant Association show and the companies have been working closely together since to prepare the launch.

“I think it’s probably the most exciting, largest, on-premise opportunity that I can imagine to coincide with the launch of our brand for the summer,” Ripps said. “In terms of building brand awareness we feel extraordinarily lucky they want to be our partners and sell our product.”

Owl’s Brew launched in 2013 as a tea-based cocktail mixer line. While the brand has now embraced beer, Ripps said the company’s main focus still lies in creating “clean” tea and botanical ingredient-based products. However, since launching, sales of the Radler products have quadrupled and Ripps expects the line to be the largest driver of company growth in the near future. While the company’s flagship cocktail mixers are performing well, Ripps admitted that uses for those offerings are more niche and limited than the ready-to-drink Radler.